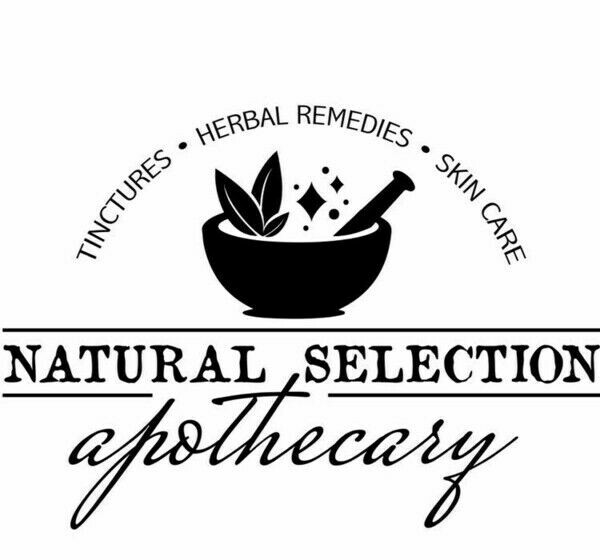 Welcome to Natural Selection Apothecary! Here, we provide locally-sourced, small business, from-the-earth alternative medicine products. Helping our customers heal from the inside out!

At Natural Selection Apothecary, we value products that are truly from the earth. We want to offer our customers a place to buy high quality products that are grown, organically sourced, or foraged locally! We take the time to provide you with the guidance, knowledge, and tools needed to find the right herbal remedies for you. Stop on by to see the many options in botanical wellness!

Lovely shop with a knowledgeable owner. Austin is friendly and has a plethora of locally sourced and made natural products along with other fun things like books, candles, jewelry and treats. Definitely worth a stop

Stopped in last week while on vacation. Beautiful shop with a very friendly, knowledgable owner. I used the Cleaning Grains this evening and the scrub felt wonderful! Looking forward to trying out the chamomile tincture this evening as well. Thank you!

This is such a lovely, unique shop in the midst of tourist central! It’s a beautiful little space filled with good for you tonics and potions. Also a remarkable selection of books on herbals and other natural healing topics. Loved it!

Fantastic experience today at Natural Selection Apothecary in Duck, NC! I left with some whipped honey made from the hives of local bees in eastern North Carolina and a tea blend of organic stinging nettles, lemongrass, and milky oat tops. Everything in the store has intentional medicinal benefits for a wide variety of alternative medicines. Great book selection as well. Expect to see some her teas served at my future yoga retreats. She ships ;) 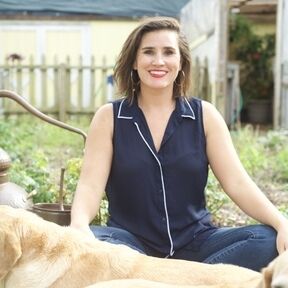 There was a time in my life where I was prescribed anti-depressants to help with hormonal balancing. I knew I didn’t want to take these because I knew the effect they would have on my body and my ability to be the mother I wanted to be. That’s when I started to research herbal alternatives. The problem I kept facing was that everything I did find was not directly from the plant...it was either mass produced, unknown source, or too many additives...THIS is where my product line, A&O Organics, developed. I had the desire and passion to create intentional products from the plants that were grown from my garden or sourced locally from farmers that I knew personally. My shop is an extension of who I am...from things that I enjoy, passions of the products I make, the desires to continue to give my customers more options of quality sourced products, & just my joy of helping other small businesses grow. I LOVE finding new products to bring in the shop, I get excited to present my latest creation, & find joy in the many conversations I have with all of you!! My love of helping others has helped me develop quality products and a store-front where you can find safe products for the whole family, healing for what ales you, & comforting in knowing where your products are coming from.

We love our customers, so feel free to visit during normal business hours. 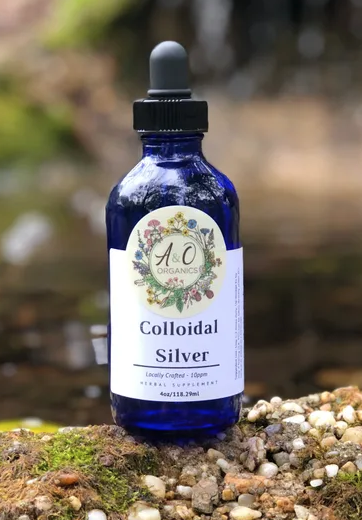 Colloidal silver is a completely natural, liquid mineral supplement. It’s much like mineral water, except that in this case, the only minerals in the water are tiny, sub-microscopic particles of pure silver.
•

Numerous medical studies were conducted on colloidal silver throughout the early 1900’s, and the substance was used in hospitals and laboratories around the world, in a wide variety of forms, to help fight infection and disease
•

Colloidal silver is made through a simple electrical process that pulls microscopic particles of silver called silver ions from a larger piece of pure silver immersed in water. These tiny ionic silver particles are held in suspension in the water by the electrical charge on each atom⚗️
•

How Does Colloidal Silver Work?
•
Researchers have found that colloidal silver works against pathogens in three powerful ways:
*First, much like the mineral iron, silver is a powerful carrier of oxygen. But unlike iron, when silver comes into contact with an infectious microbe it releases an oxygen “burst” which damages the cell wall of the pathogen in much the same manner as hydrogen peroxide would.

*Second, silver acts as a catalyst, disabling the enzyme that single-celled bacteria, fungi and viruses use for respiration and metabolism. And it does so without harming surrounding human cells or tissues.
*Third, brand new research demonstrates that when tiny silver particles are absorbed through the damaged cell wall of the pathogen, these silver particles attach themselves to the DNA of the pathogen and thus prevent it from replicating. ✨No replication means the infection can no longer spread.✨

We recommend that you consult with a qualified healthcare practitioner before using herbal products, particularly if you are pregnant, nursing, or on any medications.*This statement has not been evaluated by the Food and Drug Administration. This product is not intended to diagnose, treat, cure, or prevent any disease. For educational purposes only.

Save this product for later
Display prices in: USD